You are here: Home / About Us / Pastors

Dr. Kenneth L Samuel was born on the beautiful island of St. Kitts West Indies, to the loving parents Grace Anne Knight and Emmanuel Weeks. He migrated from St. Kitts to St. Croix Unites States Virgin Islands when he was just fifteen years old. He attended Elaina Christian Middle and Central High School. After high school he went on to Edinburg Indiana where he studied radio and Television repair.

After completing his studies, Dr. Samuel returned home where he accepted Jesus Christ as his Lord and personal Savior at The Apostolic Faith Mission Church.

After 18 years of dedicated service to the church, and the Community, he accepted the call to Ministry, at which time; he was ordained as a local minister. Dr. Samuel earned his first theological degree from the Institute of Biblical Studies in Lynchburg Virginia. He obtained a doctoral degree from Adoni International Christian University of Sacramento California.

Dr. Samuel has gone above and beyond the call of duty to facilitate change in the lives of his fellow men. He is often seen by many as a real Good Samaritan. Dr. Samuel has preached the Gospel in Haiti, Tortola BVI, Pensacola, Anguilla, Miami, Manning South Carolina, Queens N.Y, Bequea St. Vincent, Kingstree South Carolina, and Houston Texas. Dr. Kenneth is presently the senior Pastor of Central Apostolic Faith Mission in Charlotte NC, with his loving wife and Co Pastor Jean Elizabeth Samuel. They are the proud parents of four beautiful children Shernelle, Davernelle, Kenneth Jr. and Chantalle Samuel who all support the ministry with their many gifts and talents.

Co Pastor Jean Samuel was born on the beautiful Caribbean Island of Antigua. She migrated with her mother to the Island of St. Croix. There she completed High school and graduated 5th in a class of over two hundred students. She accepted Jesus as her personal and indwelling savor at the young and tender age of sixteen. She attended the Apostolic Faith Mission Church located at Strawberry Hill in St. Croix U.S. Virgin Island under the spiritual tutorage of the former overseer Algernon Blyden and the present overseer Pastor Sarah E. Carty.

Co-Pastor has displayed a passion for God by fasting and praying every Sunday for a year until she received the endowment of power from on high. She received and experienced many prophetic demonstration of the Holy Ghost during her young life as a new convert. Co-Pastor served as choir member, women’s leader, Sunday school teacher and children ministry leader for over ten years in the virgin island.

She attended the University of the Virgin Island and received her Associates in Arts Degree in Nursing in 1979. In 1992 she traveled to North Carolina attended UNC- Charlotte and receive a BSN degree. She currently works for Carolina Medical Center where she assumed the role as evening charge nurse for over four years. Co-Pastor has over 20 hours of course work in the early childhood education field and plans to pursue a bachelor’s degree in the early child hood Education. She has a certificate in daycare administration.

Co-Pastor is the director of the church owned child care center, after school center, and the transitional preschool program since 2006. In 2008, she wrote a grant for weed and seed with the city of charlotte. Because of her efforts, the church day care has received five stars and is recognized in the community as one of the best centers in charlotte. She is a member of AORN, Carolina Child Care Commission, Directors leadership Academy, and the East Charlotte network of child care workers.

Co-pastor Married the love of her life, Dr Kenneth L. Samuel on December 24th 1977. From this union, four beautiful children were born. Shernelle, Davernelle, Kenneth Jr., and Chantalle are currently working in close support of the ministry. She is a devoted mother, dedicated wife, super cook and relentless prayer worrier. She faithfully supported her husband by relocating to charlotte in 1996 when he assumed the position of full time minister of CAFM-Charlotte.
Co-Pastor has answered the call to ministry and was ordained in April of 2012.She believes that God has preserved her and given her a platform to build up, restore, chase and cover the saints of the latter days. She knows that God has set her up for such a time as this to deliver the gospel of Jesus to the lost and dying world. Her desire is to stand uncompromising, walk in obedience of the great commission by preaching and teaching Jesus in season and out of season in simplicity for all to understand.

She is determined to keep a steadfast gaze on Jesus who has empowered her to pull down the strong holds in the lives of his people, break chains of darkness away from the people of God and bring the lost into the saving knowledge of Jesus Christ.

Co-Pastor Jean strongly believes that the Lord is about to move-in like a flood to set the captives free, anoint the saints of God, and work miracles for all men to see and know that we serve a real, and might God. 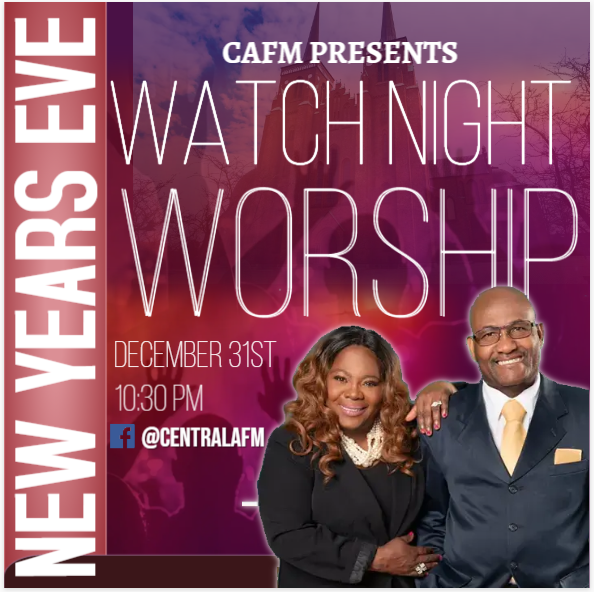 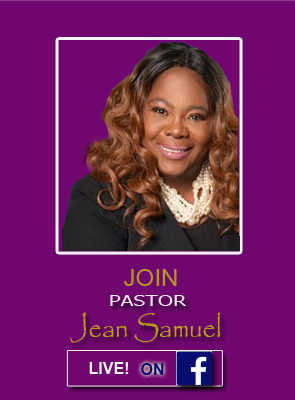 READ THE BIBLE IN A YEAR

It is reported commonly that there is fornication among you, and such fornication as is not so much as named among the Gentiles, that one should have his father's wife. And ye are puffed up, and have not rather mourned, that he that hath done this deed might be taken away from among you. For I verily, as absent in body, but present in spirit, have judged already, as though I were